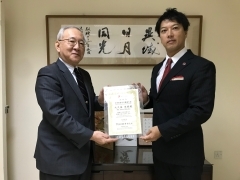 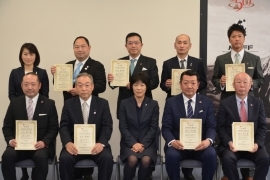 Appointing Ceremony at the Ministry of Agriculture, Forestry and Fisheries

Mr. Ohkubo has been active in the scene of the UAE's and the region's Japanese cuisine for years and dedicating himself to spreading Japanese culinary culture.

Goodwill Ambassadors to Spread Japanese Cuisine have been appointed to actively help spread Japanese cuisine and culnary culture within and outside of Japan since 2015.